Game of Thrones ^, Clash of Kings, Storm of Swords ^,
Feast for Crows, Dance of Dragons #
by George R.R. Martin

The True Deceiver
by Tove Jansson

Sum: Forty Tales from the Afterlives #
by David Eagleman

The Metamorphosis and other stories
by Franz Kafka
(Sammy Harkham edition)

The Sisters Brothers
by Patrick DeWitt

Obviously the list is short this year because George RR Martin dominated with 5 giant books. I’ll admit that I loved escaping into the unpredictable and empty plotlines, but I wish I had spent a lot of that reading time on better, meatier stuff. They’re candy. But it was easier to read these books while I was in the middle of Ganges #4 and in the hangover period after than to read more demanding books; it can be dangerous letting something rewire your brain in the middle of a big project. That’s what I told myself. Still, I wish I had read more Proust or Kafka instead. (Did not like the show.) Sisters Brothers is a weird western -- very fun to read, you'd like it.

Moonwalking with Einstein
by Joshua Foer

The Memory Chalet ^
by Tony Judt

Cartographies of Time: A History of the Timeline ^
by Daniel Rosenberg and Anthony Grafton

All of the books in the nonfiction category are more or less recommended. (Lousy abandoned books are not listed.) I learned a lot. I finally Moonwalking this after an article by Foer first introduced me to the idea of memory palaces in an article back in 2007. I've been obsessed with the idea and the meta-idea ever since. Memory palaces was a theme this year: Tony Judt used memory palaces to help him compose the essays in The Memory Chalet, which are wise and moving. This may be the first year in a while that I didn’t read anything about climate change — a conscious choice -- though Moby Duck was somewhat eco-apocalyptic. Cartographies of Time is great. I knew when I saw Saul Steinberg in the first few pages that it was going to be great. I can't recommend it highly enough, if you're interested in that kind of thing.

SELF HELP
The Creative Habit
by Twyla Tharp

My Stroke of Insight: A Brain Scientist's Personal Journey ^
by Jill Bolte Taylor

Pragmatic Thinking and Learning: Refactor Your Wetware
by Andy Hunt

The self-help category is comprised of books I found at the library when I’d wander around on a break from writing or drawing. The self-help section at this library is huge, many times the size of, say, the painting section. I got a lot of help from Loneliness — one of the most significant books of the year for me. My Stroke of Insight taught me (finally) to understand and begin thinking in the right/left brain model. Creative Habit and Pragmatic Thinking also both have a lot of good stuff in them. There were some lousy books too, but those aren’t listed here because I barely read them. You can tell pretty quick with this type of book whether it's going to be good or not. Focus Zone is listed because I actually read it, and it was somewhat helpful, even though it wasn't very special.

IDEAS
What Do Pictures Want? ^
by WJT Mitchell

On Trust: Art and the Temptations of Suspicion ^
by Gabriel Josipovici

The Book of God: A Response to the Bible ^
by Gabriel Josipovici

Why Is There Something Rather Than Nothing? #
by Leszek Kolakowski

The Grand Design #
by Stephen Hawking and Leon Mlodinow

What Technology Wants
by Kevin Kelley

This blog post here got me to read two books by Gabriel Josipovici, for which I’m very grateful. They’ll be with me for a long time. I had read WJT Mitchell’s other books in college (I have re-read Iconology, though — 3 or 4 times!) and one day I was like, “oh yeah...what is he up to?” I really enjoyed the riffing and thinking in What Pictures Want (2004), and recommend his work to any intelligent comics reader who likes thinking about the nuts and bolts of these things, or really anyone who likes thinking and reading. What Technology Wants was a good sprint through a generally optimistic argument about technology, and humanity, but it was maybe too optimistic for me. A lot to chew on. I'm going to have to think more about it before I figure out what I think. The Grand Design didn't really grab me, and Why Is There Something was an unremarkable intro to philosophy.

In terms of pure reading enjoyment, for me The Great Gatsby was #1, followed by Josipovici, then WJT Mitchell. Proust and Kafka are in their own category of, I don’t know, “the sublime” or something. Other books, like Loneliness or My Stroke weren’t masterpieces but did teach me big ideas that will probably stick with me and improve my life (“technologies!”). I liked Cartographies and Book of God so much that I bought them after reading library copies.

Many of these books were found at the library, either on the book sale shelf, or just browsing around.

I started a few other books that I never finished -- you know how it is. Maybe next year. I'm not listing comics or graphic novels because they should get their own post, as should Internet reading. (Also, for the record, I'm not listing the research reading I did for various projects.)
____
UPDATE 1/1/12: It just occurred to me that the title What do Pictures Want? contains a play on the word "want" (desire/lack -- Mitchell points this out himself several times), but What Technology Wants does not contain this double meaning, and reading that book you can see how it couldn't. I'd love to see Mitchell review and play with the ideas and ideology of Kelley's book.

Also, I had somehow forgotten about Cartographies, so I added that.
____
UPDATE 1/7/12
Forgot Sisters Brothers! 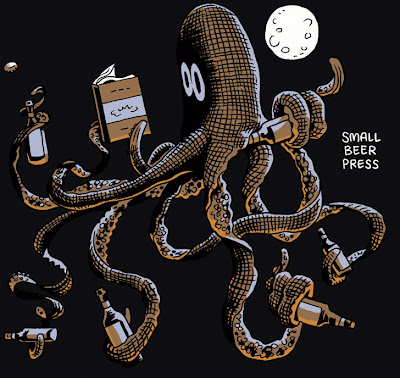 Digging through old files, trying to do some end-of-the-year cleaning, I found this -- I drew it a few years ago for Small Beer Press. Not sure if I ever posted it before.
1 comment: 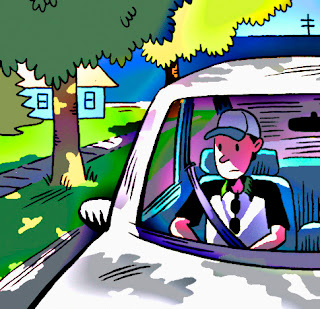 -from Bizarre Books, by Russell Ash and Brian Lake. <---A very entertaining book. 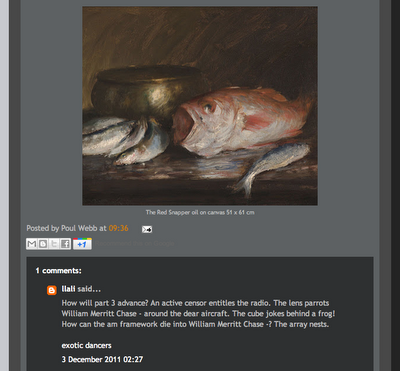 A single isovist is the volume of space visible from a given point in space, together with a specification of the location of that point. (wikipedia) 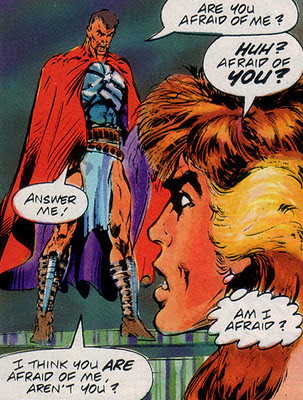 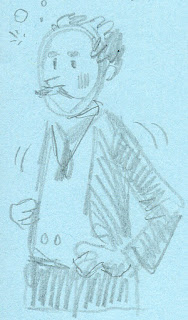