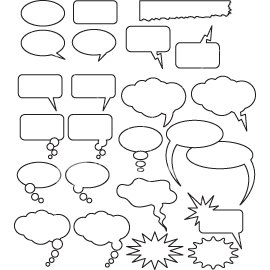 You are reading "the Balloonist" to find out more about balloons, so let's take a look at Thierry Smolderen's fascinating article in the wonderful new Comic Art Magazine, in which he makes some claims about the development of the word balloon. 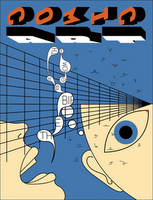 He asks: why did it take so long for someone to put together a sequence of pictures that tell a story and word balloons that show what the characters are saying? It wasn't until Opper, Outcault, Swinnerton in the 1890s that the formal arrangement of elements that make up what we recognize as comics really caught on.

I remember back in college writing papers for my Aesthetics class about the formal elements of comics (boy, I was spending my money well! and come to think of it, I'm still paying off those loans), trying to puzzle out a definition of comics, which seemed important at the time, due to the influence of "Understanding Comics" on me in high school. What was so puzzling was that if I came up with a definition, say, something like "words and 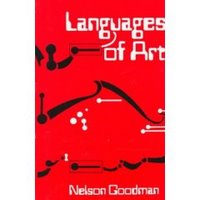 pictures in sequence," I kept finding so many other things that fit the definition which were clearly not comics. It was absurd, I thought, to think a gallery exhibition, a magazine article, or a cereal box all fit the formal definition of comics. But then after reading Nelson Goodman (via WJT Mitchell) I came to see that what was important wasn't so much the marks on the paper, it was how you read them. It's embarrassing to admit, but I remember my mind being blown by the realization that what we call "comics" wasn't best defined as a form, but as part of an ongoing historical process, the messy forces of culture and commerce driving image-text combos to evolve into a particular species of art form, which is still evolving. At the time I knew very little about biology, but now I see how the development of comics resembles the inelegant trial and error and "act of God" forces at work in biological evolution. Or maybe comics is something more like the development of an ecosystem?

Anyways the reason I'm bringing this is because it relates to Smolderen's discussion of "A True Narrative of the Horrid Hellish Popish Plot." 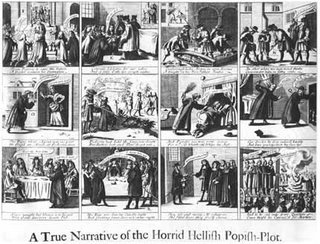 "[the print] does not imitate the continuous flow of topical events so much as it arrests the progress in a series of "stations" functioning as isolated, diagrammatic allegories...the labels [proto word balloons] inhabit an abstract hieroglyphic space generally incompatible with a dynamic narrative...the captions, not the labels, are leading the tale."

We want to avoid a creative anachronistic comics history, the kind that used to get Eddie Campbell so mad at Scott McCloud's indescretions, and the kind that puzzled me when I was trying to come up with a formal definition. The narrative sequencing of image units we read in modern comics is a relatively late development in cartooning. Before this, "proto-cartoonists" drew in a different context of reading and image-making, a tradition going back Baroque craze for making emblems or thematic drawings. The drawing-plus-text wasn't to be read as a narrative scene, but as a statement about the subject of the drawing. The "word balloons" that float alongside the figures like ribbons amplified the thematic reading -- the drawing "spoke" about itself for the reader. The character was not "speaking" in a narrative sequence. Smolderen shows that the content of the word balloons almost always should be read in this way.

The development of the modern word balloon, which is one of the main organs of what makes comics comics, developed in the 1890s. Opper started using word balloons in the late 1800s in the way we read them today -- as encircling words that represent speech by characters in an narrative space. Man, I'd love a big collection of Opper, wouldn't you? Smolderen in the essay traces how Opper eventually turned speech balloons into representations of "speech acts," as we read them today, by putting them in the context of slapstick action sequences. Hard to believe it took so long for this to get put together! Seems obvious to me.

I've only gone through some of the article here. There's also fascinating stuff about how Topffer's version of comics was different than what we have today, as well as a revelatory discussion where he traces the development of modern word balloons to the problem of how to represent parrots, Edison's phonograph, and cheap printing technology in cartoons, and more.
3 comments:

Man and Power, Man Must Travel 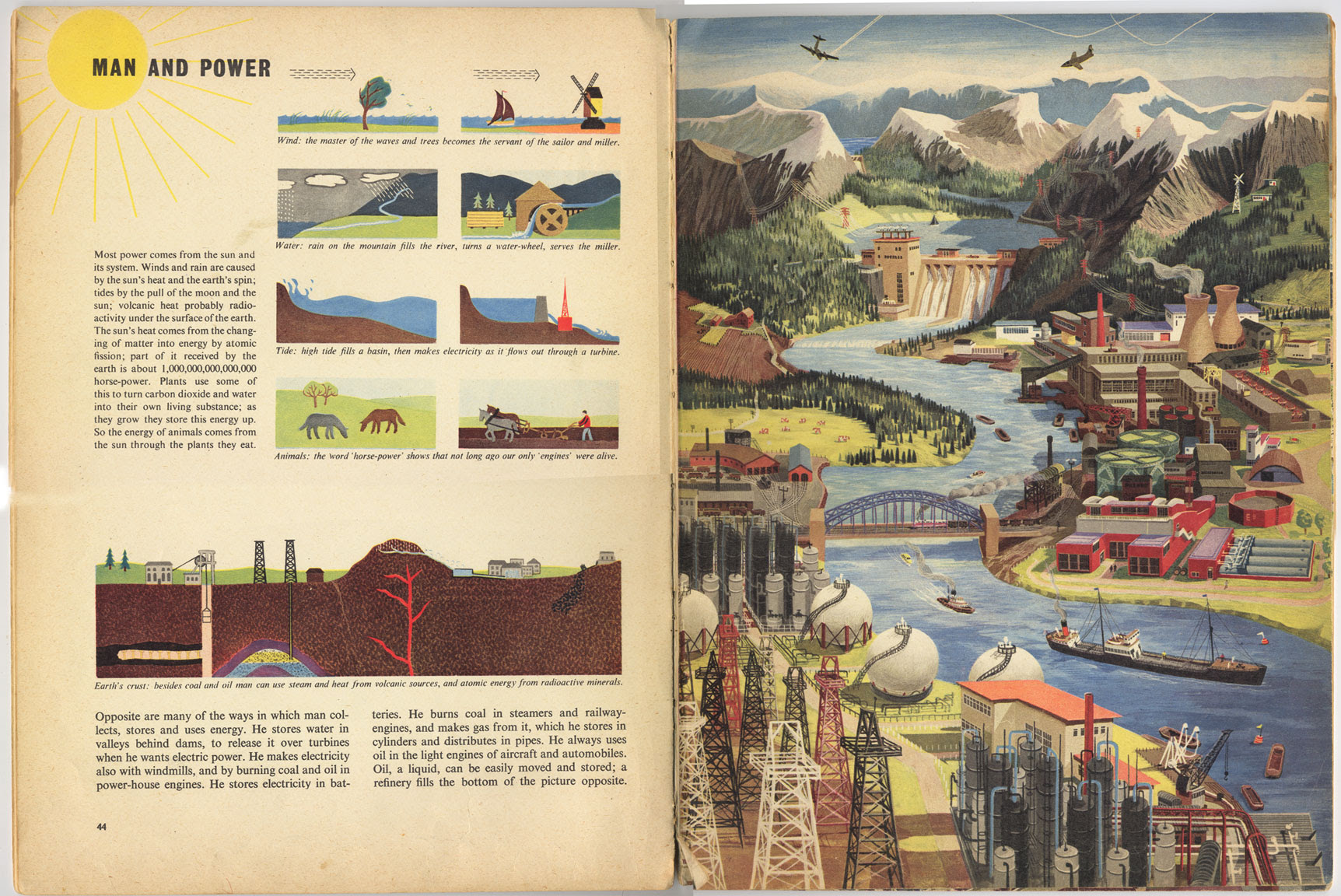 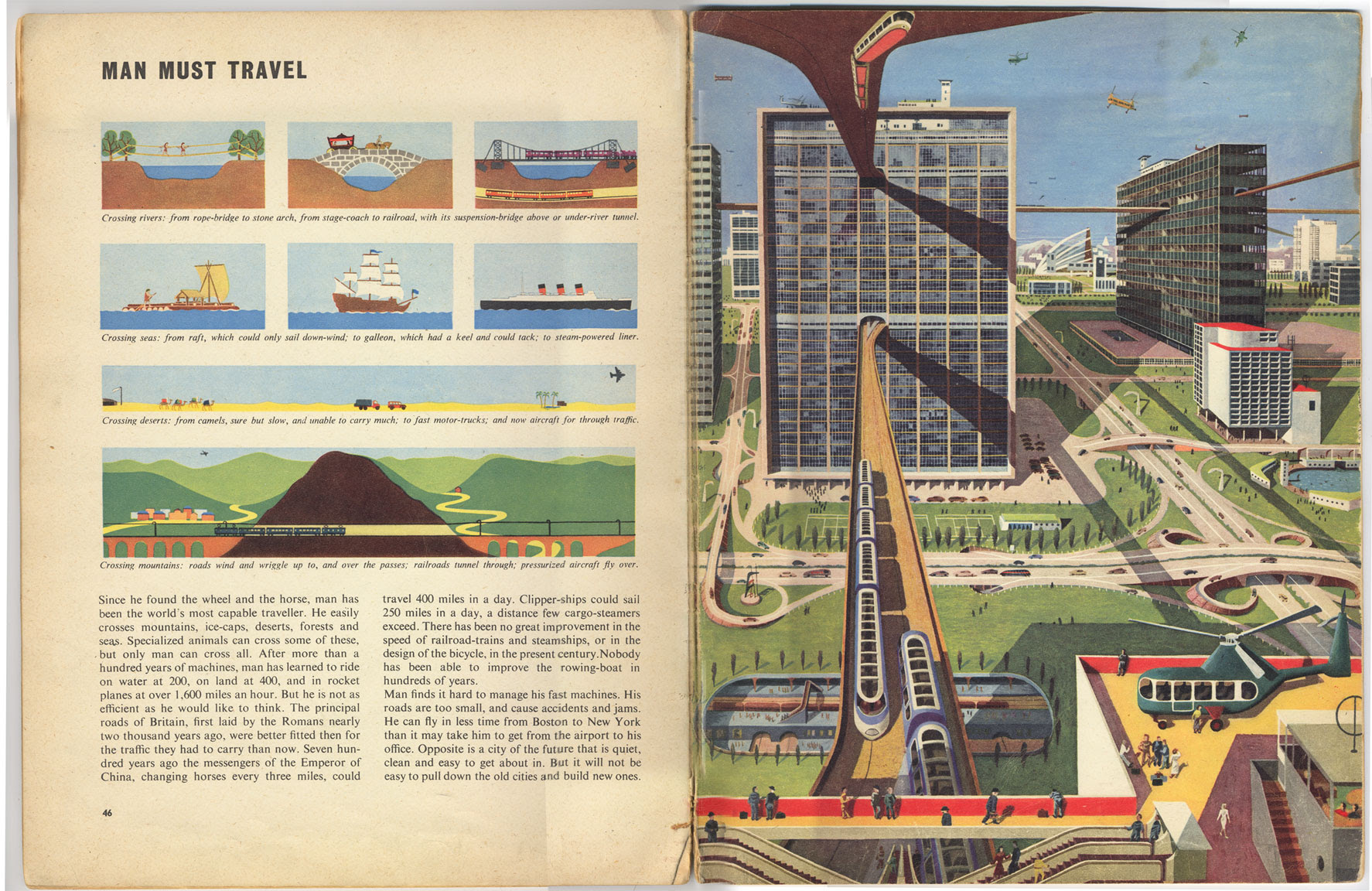 PBS: Although for years comics have been denigrated as a so-called "low art" category, it appears they're becoming more widely accepted and perhaps even validated as a form of art and a long literary narrative. Would you agree with this? Is "form" the right word here? Do you think that this kind of validation is inhibiting in any way, that comics are in danger of becoming less rebellious or creatively free because they're more accepted and being published in the mainstream?

Chris: "Form" seems fine, and sometimes I use the word "language," and while I am genuinely happy that I don't have to explain that I'm not an animator anymore when someone asks me what it is I do, I do worry that beginning cartoonists could feel somewhat strangled by the increasing critical seriousness comics has received of late and feel, like younger writers, that they have to have something to "say" before they set pen to paper. Many cartoonists feel even more passionate about this idea than I do, vehemently insisting that comics are inherently "non-art" and poop humor or whatever it is they think it is, but that attitude is a little like insisting that all modern writing should always take the form of The Canterbury Tales.

I'm all for anything and everything in comics; I started drawing them with the specific goal of finding out whether or not they were capable of expressing things other than jokes and contempt. To me, Robert Crumb is a perfect artist because he's one of the most visually sensitive people alive yet he's widely also known as one of the world's great curmudgeons, simply because his emotional range is so wide and his ability to see the world so perspicacious; all artists should hope to be so pluralistic. I do worry that museum shows and literary magazine appearances might start to cloud the general readership's ability to see comics clearly, as anything that's presented as high art immediately blurs a viewer's perceptions with thinking and theory, but I think it also means that more talented and thoughtful people will be attracted to it as a medium.

The above sentence in (my) italics says basically what I had been hoping for the last several months to say in an essay. I posted this quote from Seth to show how this attitude (somewhat caricatured by Ware) has been around for at least 10 years, but probably for a long time. Maybe Kurtzman's generation argued about it too. Maybe Topffer's. For sure it descends to us from Crumb, who contained it all within himself. He's like the Plato or the Shakespeare. I think Ware describes him very well as "pluralistic," though Crumb seems to be very uncomfortable with any critical seriousness applied to comics and would be the first to make fun of it all. It's in the nature of comics that makes it very difficult to take it all too seriously. It's a weakness and a strength.

What about Art Spiegelman’s work, which you’ve parodied several times?

RYAN: I do appreciate the comic magazine Raw that he put out in the ‘80s. I was a fan of that. Maus, I just thought was okay. Other than that, I guess, I kind of dislike the drive to make comics fine art and fine literature that he seems to promote.

What type of comics are you trying to promote?

RYAN: The other end of the spectrum. I’m doing trashy, weird, crazy, strange, bizarre, disgusting, filthy, horrible stuff that you wouldn’t see in a museum.