-- newly posted at What Things Do -- from Or Else #5.
There's some pretty clumsy cartooning and weird design in this, but it was drawn quickly as filler for OE5 and I didn't want to fuss with it too much, I wanted to move on to the next issue...which didn't happen. But I always liked the idea, and I'd love to do more. 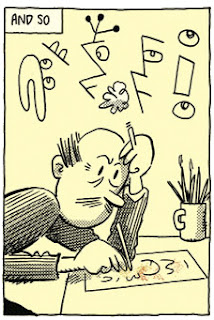 Ganges #4
The Body of Work

Dan Zettwoch's new graphic novel, Birdseye Bristoe, is a masterpiece, and is previewed over at Drawn and Quarterly's blog. (link) 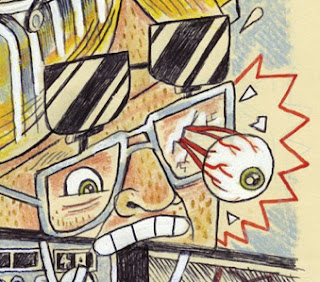 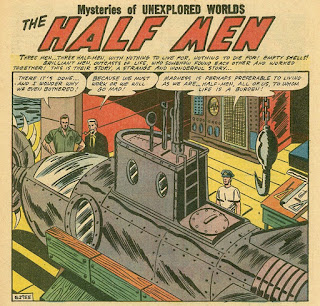 I redrew this old comics story for Kramers Ergot #8, which I guess is coming out soon.

It came from Mysteries of Unexplored Worlds #8 (1956) and is named "The Half Men."* The GCD credits list only a penciler (Bill Molno) and an inker (Sal Trapani). I would imagine that someone out there has an idea who might have written it. I didn't look as deeply into that mystery as maybe I should have. Please let me know if you have some idea who might have written it.

Sometimes when an cartoonist redraws an old story it's called a "COVER," as in the blog and obviously as in bands covering songs. It's perfect for the blog -- for redrawing covers -- but I don't really like that term for stories, which are, you know, not covers. "I covered a story." "Huh?" I hope that doesn't catch on. I like calling it a "REDRAW," as in, "I redrew this story." But I don't know, maybe there's a better term. I enjoyed doing it, and I hope to do more in the future.

*in the Kramers contents the story is named "Mysteries of Unexplained Worlds" which I wish I could say was on purpose. 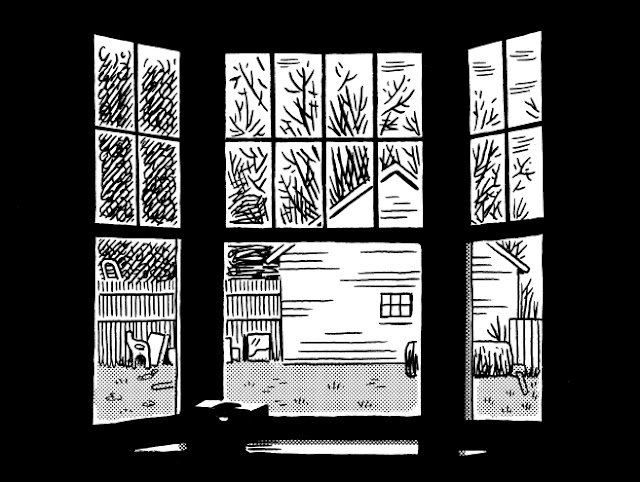 from The Wild Kingdom

command-click links to open in new tabs (I think)

but also it’s a move of taking the non-art, the infra-art, and just moving it across a line... commerce becomes Culture, the mass produced aura-less product becomes the one-off, aura-full handcrafted object ready for the art market

Though overshadowed by Mary Cassatt and relatively unknown to museum-goers today, Beaux's craftsmanship and extraordinary output were highly regarded in her time.

--cecelia beaux @ wikipedia. (link). I had never heard of her before.


It’s also true, as Eli Pariser has eloquently explained, that both the deliberate infrastructure of online information and the unintended practices arising from our collective use of it, is actively excluding or hiding some information through a progressively tighter series of feedback loops.

The conservative believes the excellent person is a kind of mountain climber, a moral athlete who is constantly overcoming or trying to overcome his limits, pushing himself ever higher and higher.

We come to love the look of a comic, and the feeling expands to a general one of enjoying the way comics are drawn and composed, and even of the ink and paper. We want to make one. And having made one we're not entirely happy with it. Let's say that we've taken a notion to introduce a naturalistic element. So we base our figures on people we know. But the problem is that the things they're saying and doing are not quite authentic. So let's base these aspects on actual situations that we have observed. And so by increments we've put ourselves in the work.

--eddie campbell (link).  This really resonated with me. I often think of how writers/artists and readers/reviewers/critics often come to a work from opposite directions, and want different things from it, and read controlled by different habits of thought.

Could we have invented a way of living that is more phantasmagorical and absurd than the all-powerful cruelty of the gods, the caste of priests and princes ruling enslaved peoples, the obligation to work that is supposed to guarantee joy and substantiate the Stalinist paradise, the millenarianist Third Reich, the Maoist Cultural Revolution, the society of well-being (the Welfare state[4]), the totalitarianism of money beyond which there is neither individual no social safety, [and] finally the idea that survival is everything and life is nothing?

[...]The tornado of short-term profit destroys everything in its path; it sterilizes the earth and hardens life so as to extract useless benefits. Humanely conceived, life is incompatible with the economy that exploits man and the earth for lucrative ends. Unlike survival, life gives and gives itself.