I've started keeping a notebook to warm-up and get inspired where I jot notes and sketches about the work of Saul Steinberg and what I get out of his work. I'll be posting some of this material in the coming weeks (months? years?) over at my other blog, New Construction, where I write sporadically about making comics. Here's a link to all the posts so far.

Walt and Skeezix in: The Hall of Mirrors of Nature 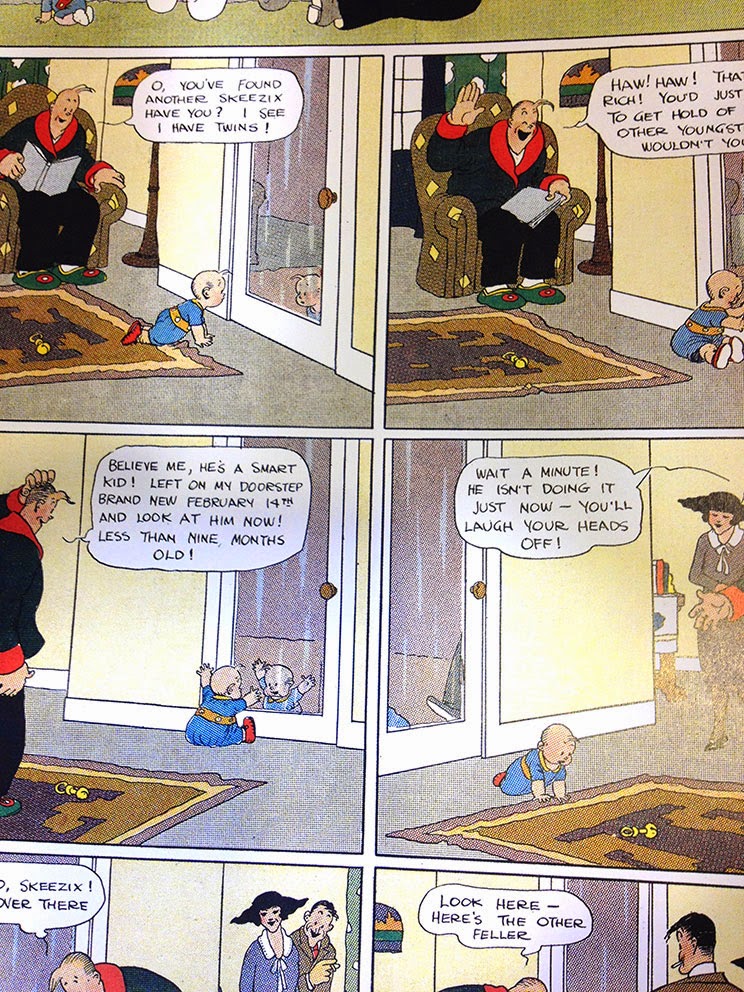 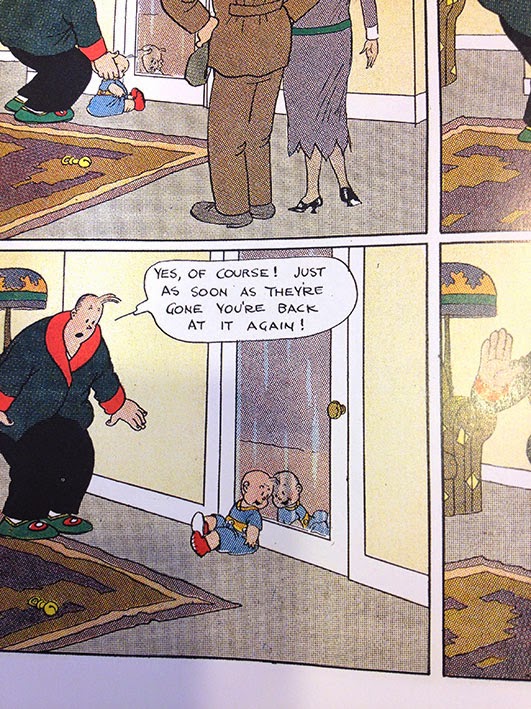 "...so we see the search that characterizes the deluded mind is for a profound “answer.” The simple answer is that the simple and the profound are the same thing, that flatness and roundness and identity and non-identity coexist in a larger dimension of emptiness. Simple obvious everyday mind, thoughts, and things are in fact “profound” and a path to liberation in the sense that they make up part of a wide and deep co-ordinated co-dependent symbol space which is always dialectically in motion. And this dialectic movement proceeds, via the mirroring of emptiness itself-as-itself-mirroring to itself in itself-as-mirror, and we now comprehend this as a hall of mirrors in infinite "space." The stepping to the side and seeing the line between one image and the mirror and an infinite "meta-space" of meaning and non-meaning, this is how mirroring is itself seen. From this angle we see the frame mirroring itself. This movement is not our movement but is in fact stillness, is seeing that the mirror itself moves."

-Jean-Luc Heilegra, from a footnote about this Gasoline Alley Sunday strip in Method and Being