“Rivers would carry their burden to the sea, but along the way they would set it down, as fertile plains.”- adapted from John McPhee, Basin and Range 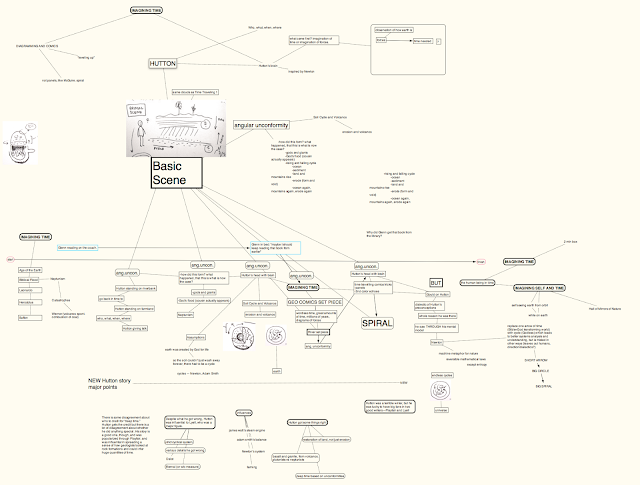 -planning out the Hutton sequences from Ganges 5, using Scapple.