page from a book 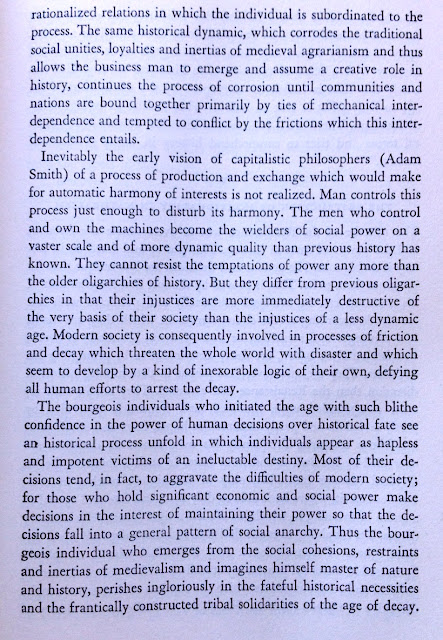 Bought this at the MCAD book sale and opened randomly to this today.
-R. Niebuhr, "...the frantically constructed tribal solidarities of the age of decay."
No comments: 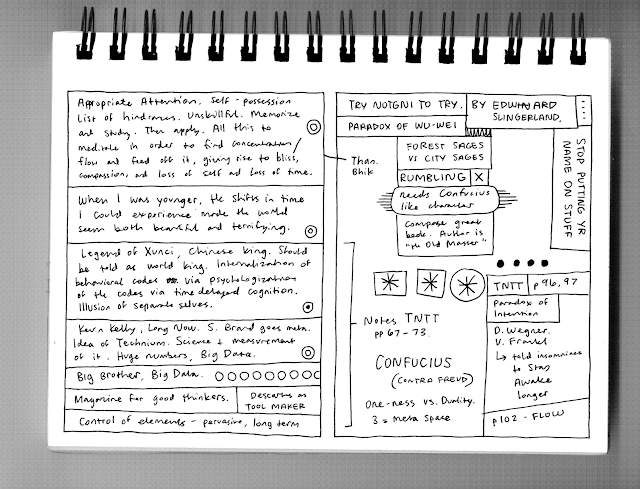 Email ThisBlogThis!Share to TwitterShare to FacebookShare to Pinterest
Tags: F 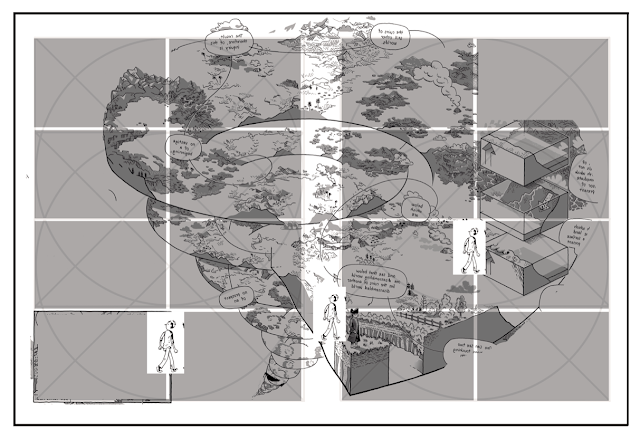 Email ThisBlogThis!Share to TwitterShare to FacebookShare to Pinterest
Tags: Ganges, Ganges 5 notes, how to

Descriptions of a Man 3

Then there was another side to the picture—the indispensable exception that proved the rule. This man, the sight of whom excited such extraordinary affection, whose voice had for most of those who heard it such a wonderful charm, whose touch possessed a power which no words can express—in rare instances, this man, like the magnet, repelled as well as attracted. As there were those who instinctively loved him, so there were others, here and there, who instinctively disliked him. As his poetic utterances were so ridiculous to many, even his personal appearance, in not a few cases, aroused equally sarcastic remark. His large figure, his red face, his copious beard, his loose and free attire, his rolling and unusually ample shirt-collar, without necktie and always wide open at the throat, all met at times with jeers and explosive laughter. 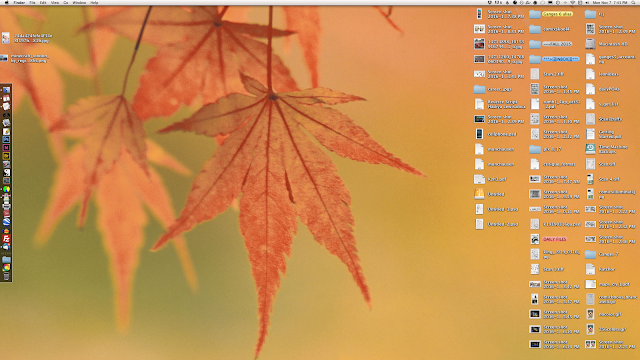 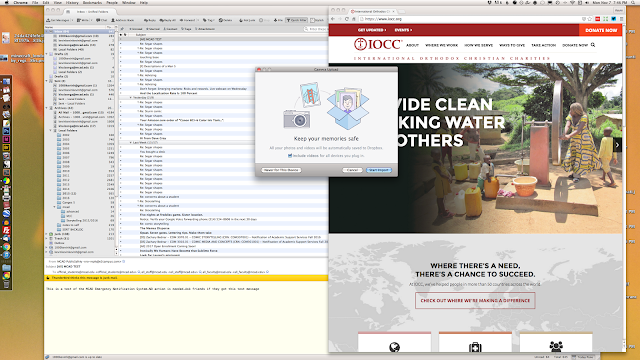 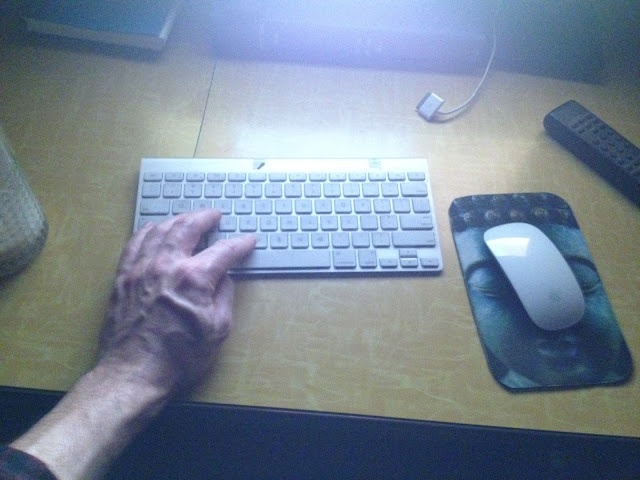 Descriptions of a Man 5

It is certain, also, perhaps contrary to what I have given, that there is another phase, and a very real one, to the basis of his character.

An elderly gentleman I talked with (he is a portrait painter and a distant relative of the man), who was much with him, particularly through the years of his middle age and later, tells me that Glenn Ganges in the elements of his character, had deepest sternness and hauteur, not easily aroused, but coming forth at times, and then well understood by those who knew him best as something not to be trifled with.

The gentleman alluded to agrees with me in my delineation of his benevolence, evenness and tolerant optimism, yet insists that at the inner framework of the man there has always been, as he expresses it, "a combination of hot blood and fighting qualities."

He says my outline applies more especially to his later years; that Glenn Ganges has gradually brought to the front the attributes I dwell upon, and given them control. His theory is, in almost his own words, that there are two natures in Glenn Ganges.

The one is of immense suavity, self-control, a mysticism like the occasional fits of Socrates, and a pervading Christ-like benevolence, tenderness and sympathy.

But these qualities, though he has enthroned them and for many years governed his life by them, are duplicated by far sterner ones. No doubt he has mastered the latter, but he has them. How could Glenn Ganges (said my interlocutor) have taken the attitude toward evil unless he enfolded all that evil within him.

Descriptions of a Man IV

He was especially fond of children, and all children liked and trusted him at once. Often the little ones, if tired out and fretful, the moment he took them up and caressed them, would cease crying, and perhaps go to sleep in his arms. One day several ladies, he, and myself attended a picnic given to hundreds of poor children in London. I lost sight of my friend for perhaps an hour, and when I found him again he was sitting in a quiet nook by the river side, with a rosy-faced child of four or five years old, tired out and sound asleep in his lap.

For young and old his touch had a charm that cannot be described, and if it could the description would not be believed except by those who knew him either personally. This charm (physiological more than psychological), if understood would explain the whole mystery of the man, and how he produced such effects not only upon the well, but among the sick and wounded.

Description of a Man 2

Almost all his writing was done with a pencil in a sort of loose book that he carried in his breast pocket. The book consisted of a few sheets of good white paper, folded and fastened with a pin or two. He said he had tried all sorts of note-books and he liked that kind best. The literary work that he did was done at all sorts of times, and generally on his knee, impromptu, and often outdoors. Even in a room with the usual conveniences for writing he did not use a table; he put a book on his knee, or held it in his left hand, laid his paper upon it and wrote so. His handwriting was clear and plain, every letter being perfectly formed.

He was very fond of flowers, either wild or cultivated; would often gather and arrange an immense bouquet of them for the dinner-table, for the room where he sat, or for his bed-room; wore a bud or just-started rose, or perhaps a geranium, pinned to the lapel of his coat, a great part of the time; did not seem to have much preference for one kind over any other; liked all sorts. I think he admired lilacs and sunflowers just as much as roses.

Perhaps, indeed, no man who ever lived liked so many things and disliked so few as Glenn Ganges. All natural objects seemed to have a charm for him; all sights and sounds, outdoors and indoors, seemed to please him. He appeared to like (and I believe he did like) all the men, women and children he saw (though I never knew him to say that he liked anyone), but each who knew him felt that he liked him or her, and that he liked others also. He was in this and in everything entirely natural and unconventional. When he did express a preference for any person (which was very seldom) he would indicate it in some indirect way; for instance, I have known him to say: "Goodbye, my love," to a young married lady he had only seen a few times.